Denizli is one of the oldest commercial centers in Turkey. Especially, it has one of the most important trading routes connecting the air of Aegean and Mediterranean to the other regions. It borders on 5 Metropolitans, among which there are Izmir, Aydin, Antalya, Manisa and Mugla, as well as cities such as Afyon, Usak, Isparta, Burdur.

While it draws attention with the investments for industrial production in recent years, it has come to an important point in many sectors such as Textile, Marble, Food, Copper.

It is among the cities, which allow external migration, with the increase of the employment area in parallel with the development of the industry.

Per capita income is above the country’s average and also, the unemployment rate is below Turkey’s average.

It is Turkey’s 8th large exporter city, while it exports most of the production. Household and Beach Textile as well as marble, copper, dried and wet food production constitutes the most intense export items of the city.

Especially, while it exports 65% of the towel and bathrobe production, it meets 85% of Turkish market on its own.

It has become the most important market of many companies with continuous investments, especially, in dyeing and finishing machines, weaving and knitting machines.

Being among the cities with the most intensive group of participants of International Fairs, Denizli is one of the cities in Turkey with high fair culture with such features.

In Denizli, which is one of the oldest textile production centers of the world, textile is considered as the father’s job as well as the investments and capacities are continuing from generation to generation increasingly.

The city, which always attracts investors with Organized Industrial Zones among Aegean and Mediterranean cities, whose infrastructures are completed, has also become one of the most important suppliers of both cities in the region and our country in several product groups.

Being a tourism city as well as a bridge connecting the most important tourism cities of our country with each other, Denizli is the frequent destination of millions of people with such features.

Denizli is also one of the most important tourism cities of our country. Especially, ancient cities and historical ruins in Pamukkale and in the border of the city keep the tourism alive for 365 days. Ski resorts opened in recent years have increased the attraction of the city 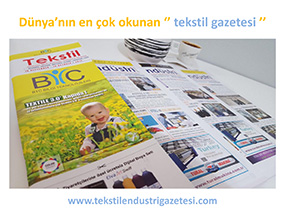